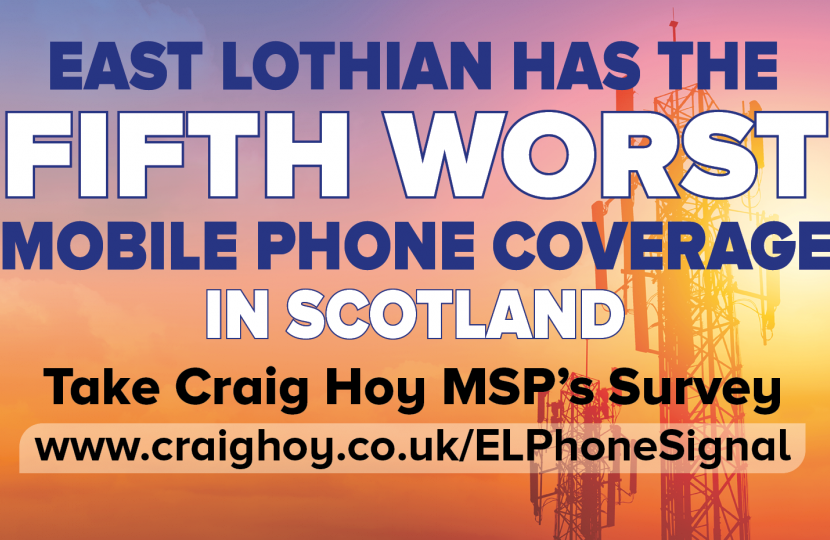 A recent study has revealed that East Lothian has the fifth worst mobile phone coverage in Scotland.

This data was the compiled to create a ranking from best to worst across Scotland. It found East Lothian to be the fifth worst out of the 32 local authorities in Scotland, scoring poorly in all categories with a score of 1949 out of 2500 which was 6.36 per cent lower than the national average.

With more and more of us working from home, mobile coverage will only become more important in the years to come. East Lothian being fifth worst in Scotland isn't good enough and I want to change this and work to improve mobile coverage in East Lothian.

To achieve that I need to know where the worst black spots in East Lothian are, what providers are the worst and where the blackspots exist. To allow me to find that out I would appreciate if you filled in the below survey even if you live in an area with good signal as that information would also prove helpful.

Once this information is completed I will compile a report to be shared with the council, both governments, OFCOM and the mobile phone companies themselves so that we can seek to address the issue and get better signal coverage for East Lothian.

A recent study has revealed that East Lothian has the fifth worst mobile phone coverage in Scotland.