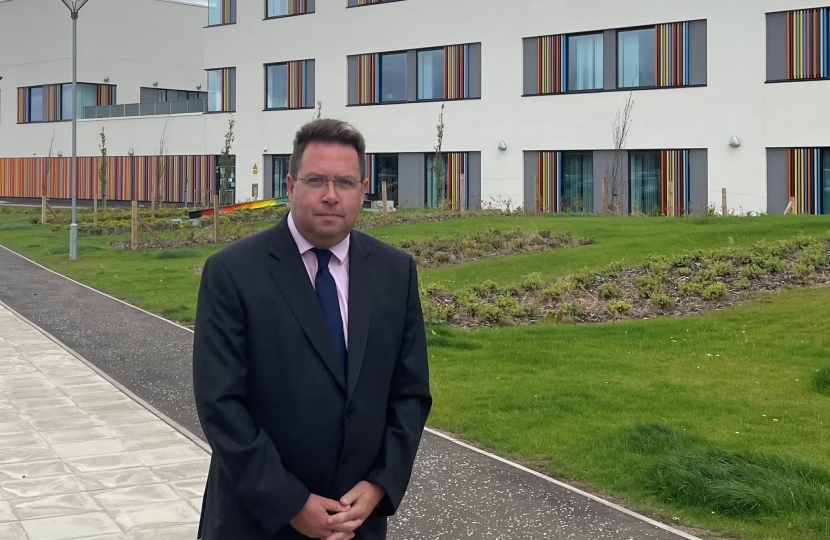 Craig Hoy, a Conservative MSP for South Scotland, has challenged the SNP’s Health Secretary Humza Yousaf as new figures show that over a fifth of patients across Scotland waited over four hours to be seen at accident and emergency.

Craig’s call comes after the latest weekly stats showed only 78.7% of patients across Scotland were seen within four hours of arriving at accident and emergency.

This was the third week in a row where more than a fifth of patients waited over four hours to be seen.

No mainland health board again met the 95% target, with only 76.5% seen within four hours in Lothian.

This was worse than last week, and still well short of the 95% target set by SNP Ministers.

Craig is continuing to push for the SNP Government to back plans from the Scottish Conservatives for an extra investment worth £600 million for the NHS, which would be specifically designed to tackle waiting times.

Commenting on the figures, Craig said: “Humza Yousaf cannot continue to remain oblivious to the crisis affecting our accident and emergency departments. Week after week, patients are waiting hours on end after arriving to be treated at accident and emergency in Lothian. SNP Ministers are failing to ensure critical waiting time targets are being met, which is completely unacceptable.”

Craig, who is also a shadow Scottish Health Minister, thanked local NHS staff for the work they have been doing throughout the Covid pandemic.

He added: “As we look to remobilise NHS services in Lothian, it is time the SNP backed Scottish Conservative plans for an extra investment of £600 million in our health service, which would be used to specifically tackle waiting times. We cannot continue to let down patients and our heroic frontline staff by allowing waiting times to potentially spiral out of control.”

CRAIG Hoy, a local Conservative MSP for South Scotland, was joined by Galashiels and District Councillor Euan Jardine at a consultation on Galashiels’ Regeneration.