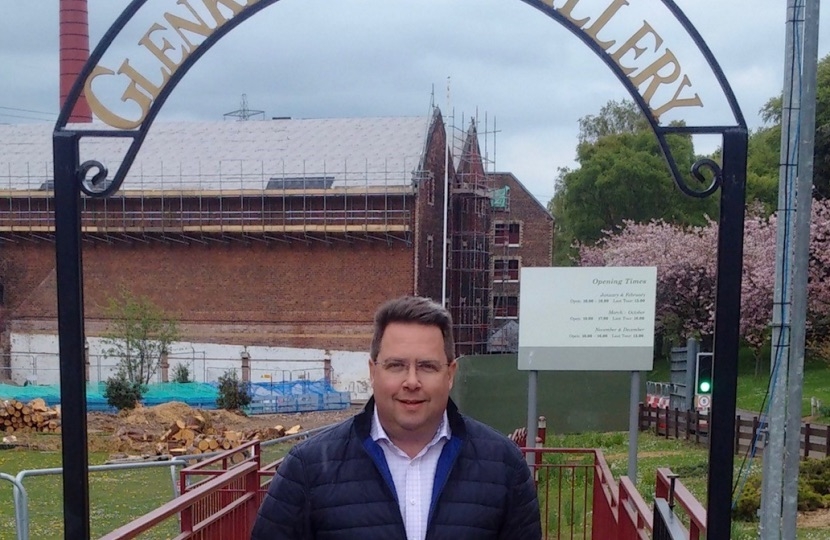 Scottish Conservative and Unionist candidate for East Lothian Craig Hoy has hailed the ending of damaging tariffs on the Scotch whisky industry as a “major step forward”.

Hoy has strongly welcomed the UK Government’s negotiation with the new US administration that will mean the 25 per cent tariffs on whisky products being sent to America have been suspended for four months.

They hope that this period will allow for a permanent solution to be found to end the punitive tariffs once and for all which have been hugely damaging for distillers in Scotland, including at the Glenkinchie distillery in East Lothian.

Scottish Conservative leader Douglas Ross and other representatives have continually lobbied the UK Government and worked closely with the industry in order to reverse the decision to impose the tariffs, which were born out of a dispute between the US and the European Union, which they had no involvement in.

Commenting, Scottish Conservative and Unionist candidate Craig Hoy said: “This is a major step forward in ending these hugely damaging tariffs on our Scotch Whisky industry, including here in East Lothian.

“They have been punished for too long as part of a dispute which they weren’t even involved in. This four month suspension is great news and I applaud the UK Government for their negotiations with the new US administration in making it happen.

“Scottish Conservative representatives have repeatedly lobbied and worked closely with the industry to bring an end to these punitive tariffs. This period should hopefully allow a permanent solution to be found for our distillers in the South of Scotland and help them export their products without being hit by 25 per cent tariffs.

“Scotch Whisky is one of our most iconic products and the US is their most lucrative market. I will continue to work alongside my Scottish Conservative colleagues to ensure that these tariffs become a thing of the past once and for all.”