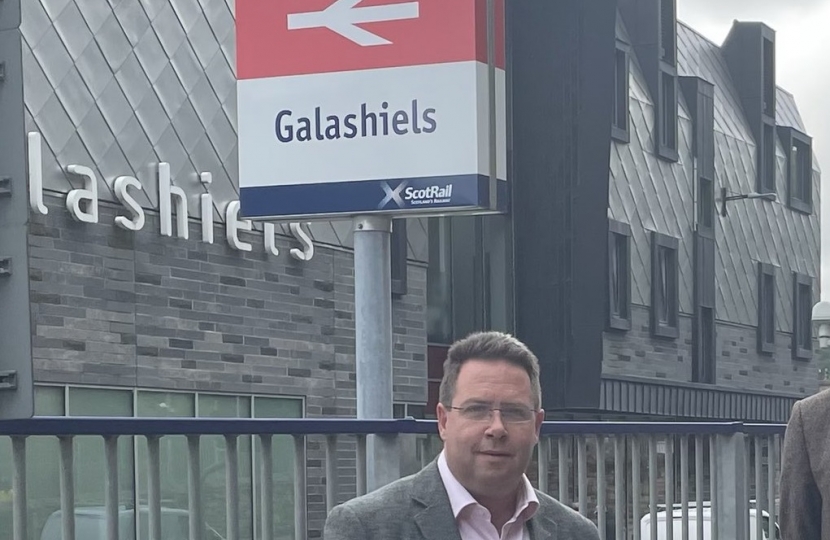 The recently published Union Connectivity Review from the Department of Transport has suggested that the Borders Railway line could be expanded south to Carlisle.

This would link Borders communities in Selkirkshire and Roxburghshire to the West Coast Main Line, connecting the Borders to major English cities such as Manchester, Birmingham and London, and providing a direct rail link on to Manchester Airport.

Melrose, St Boswells, Hawick and Newcastleton could potentially join the existing line connecting Stow, Galashiels and Tweedbank on to Edinburgh, and the line would be also extended south on to the West Coast Mainline at Carlisle.

Commenting on the review, Mr Hoy said: “The Union Connectivity Review offers an exciting opportunity for communities in the Borders to connect with the rest of the country.

“This would provide a huge boost to the local economy, allowing the Borders to become a tourist hotspot for visitors from Lothian and south of the border.

“Businesses in the Borders would also benefit from a direct link on to financial centres such as Edinburgh, Manchester, Liverpool, Birmingham and London, and shoppers would also be advantaged from having a convenient rail link to Galashiels, Hawick, Edinburgh and Carlisle.”

CRAIG Hoy, a Conservative MSP for South Scotland, says the SNP must postpone their plans to require homeowners to fit interlinked fire and smoke alarms by February 1.