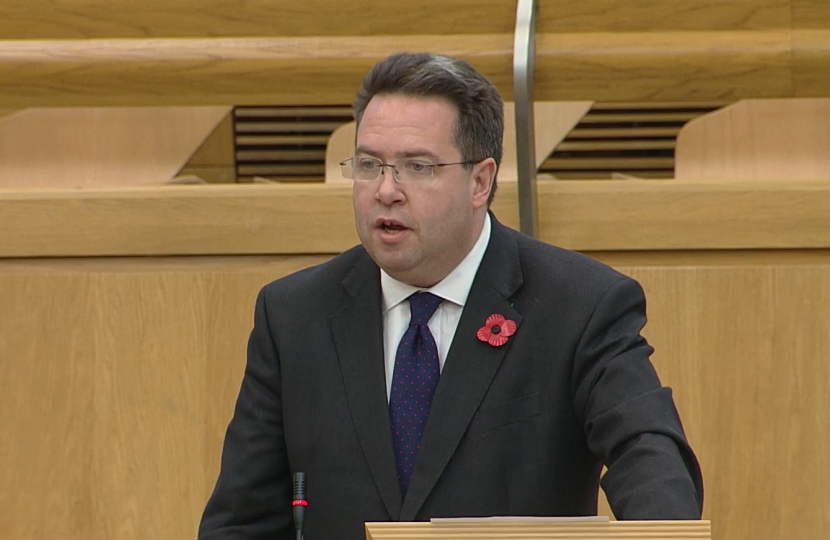 Questioned by South of Scotland MSP Craig Hoy, the Deputy First Minister of Scotland has admitted that there are “a number of issues” with the booster vaccine appointments system in East Lothian.

This admission follows issues from last week where queueing at the NHS’s “Booster Bus” in Gullane resulted in residents having to wait hours for their booster vaccine.

Further problems and complications were experienced in Dunbar, as the Booster Bus was changed to “by appointment-only” despite it being advertised to the public as a drop-in site. This resulted in some residents in need of a booster jab being turned away on arrival.

Some over 70s and immunosuppressed residents of the county have been asked to wait until Mid-December to receive their booster vaccine in East Lothian, despite previously receiving assurances that they would receive their jab by the middle of November, and many others have yet to receive any booster appointment at all.

Some residents who had received the booster were also mis-sent letters inviting them for a further vaccination.

The Deputy First Minister’s admission was made during First Minister’s Questions following a question by Conservative MSP for South Scotland Craig Hoy on cases of local resident let down by the booster programme.

Mr Hoy said: “My constituent Norma from Dirleton received her booster vaccine some time ago, but yesterday she received a fourth letter calling out for a jab.

“She has been unable to cancel the appointment. But her 88-year old neighbour has received no vaccine booster correspondence and she too has faced problems getting through on the appointment line. And despite attending a mobile vaccine bus twice last Thursday in Gullane, she had to leave due to the length of the queues.

“So will the Deputy First Minister urgently look into the ongoing problems in the vaccine booster scheme across the Lothians?”

The Deputy First Minister, John Swinney, offered an apology to those who have suffered due to the issues with the booster programme in East Lothian and admitted that “they should never have experienced that”.

He told Parliament: “There have been a number of issues in relation to NHS Lothian in connection with the appointments system, with which we are familiar.

“We are obviously in discussion with NHS Lothian, our officials met with the Chief Executive of NHS Lothian earlier on this week to discuss these very practical issues which Mr Hoy raises with me.”

Mr Swinney added: “We expect those to be resolved very shortly, but if there is particularly details he wishes to share with us we will pro-actively resolve them. I am sorry for the inconvenience that his constituent has experienced – they should never have experienced that”

Following First Ministers’ Questions Craig had this to say: “I am glad that John Swinney has admitted that there are issues with the booster programme in East Lothian.

“Sadly that won’t come as any news to the many East Lothian residents who have contacted me in the past few weeks about the problems they have faced.

“It was correct that he apologised to East Lothian residents for this as it simply hasn’t been good enough. But residents need action and not hollow words for Ministers.”

Hoy added: “I will continue to work hard on behalf of any East Lothian resident that needs and wants a booster jab. If anyone has struggled to access the booster programme I would encourage them to reach out to me so I can assist by emailing me at craig.hoy.msp@parliament.scot or by writing to me at Office of Craig Hoy, The Scottish Parliament, EH99 1SP.”