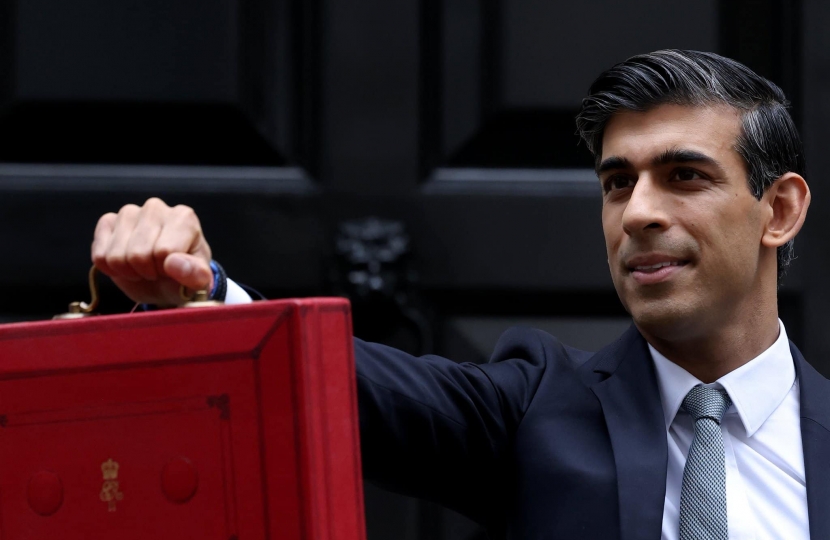 South Scotland Conservative MSP Craig Hoy has welcomed the Chancellor of the Exchequer’s budget today which will see a record amount of money going to the Scottish Government.

The Scottish Government will benefit from £4.6bn of extra funding thanks to investment by the UK Conservative Government.

Rishi Sunak also cut tax by £2.2bn for the lowest paid workers on Universal Credit, worth around £1,000 for low-income families and benefiting many in the South of Scotland.

The lowest paid will also benefit from the Chancellor’s announcement that National Living Wage will rise to £9.50 per hour - in effect a 6.6% pay rise.

Following rises in wholesale fuel costs, the Chancellor has announced that fuel duty will be frozen for the 12th year in a row.

In another welcome move by the Chancellor, pubs across South Scotland will also benefit from changes to alcohol duties which include a tax cut on draught beer and cider duty, whilst distillers will benefit from yet another freeze on alcohol duties on iconic products like Scotch whisky.

The budget will also benefit Scottish farmers, who will be the beneficiaries of £1.9bn in funding from the UK Government which will be awarded to the Scottish Government to distribute.

Craig Hoy said: “It is clear from the budget that the UK Government is standing up for people of Scotland and helping Scotland recover from the Covid-19 pandemic. The £4.6bn in additional funds for the Scottish Government is a huge amount. Rather than play their usual game of grievance-making the SNP should now actually get on with the job of delivering good public services for the people of Scotland.

“In particular, I want the money allocated to local government to be passed on in full to councils. This means that Councils in the South of Scotland can now support vital local services such as bin collections, schools and communities centres. We need a future based on UK Government investment in local communities not more SNP cuts to frontline council services.”