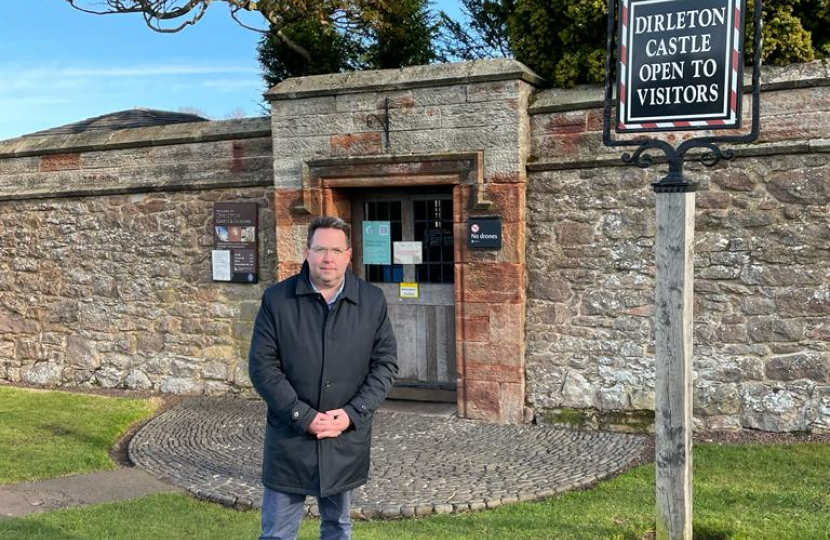 CRAIG Hoy, a Conservative MSP for South Scotland, has called for clarity on the reopening of Dirleton Castle, Tantallon Castle and Hailes Castle after a meeting with Dr David Mitchell from Historic Environment Scotland.

The three East Lothian castles, which collectively attracted over 75,000 visitors per year before the coronavirus pandemic, have been closed indefinitely since January due to deterioration, partly caused by issues relating to climate change.

Mr Hoy has said it would be “unacceptable for these site closures to be kicked into the long grass.”

He added: “While I had a constructive meeting with Dr David Mitchell on the closure of Tantallon Castle, Dirleton Castle and Hailes Castles, I believe we need a firm commitment from Historic Environment Scotland on when these sites will be reopened.

“Dr Mitchell made clear the castles were closed due to issues which go beyond climate change.

“An analysis of a number of sites by Historic Environment Scotland earlier this year found high levels of erosion in sites across Scotland, many of which had not been fully inspected for decades and were deemed unsafe for the public to enter.

“To meet their statutory obligations, Historic Environment Scotland have said they were required to close the sites to carry out inspections before they can be reopened.

Following the meeting, Dr Mitchell said: “Inspections are currently underway at Hailes Castle and Dirleton Castle, however, it is only once the inspections have been completed and the survey results assessed that we will be in a position to confirm what steps might be next.”

He added: “Tantallon Castle sits within the second batch of sites and has been made safe until a survey can be carried out.

“Pre-survey work is underway for Tantallon and whilst the survey programme for the second batch is currently being developed, it is expected that this survey will be completed later in 2022.”