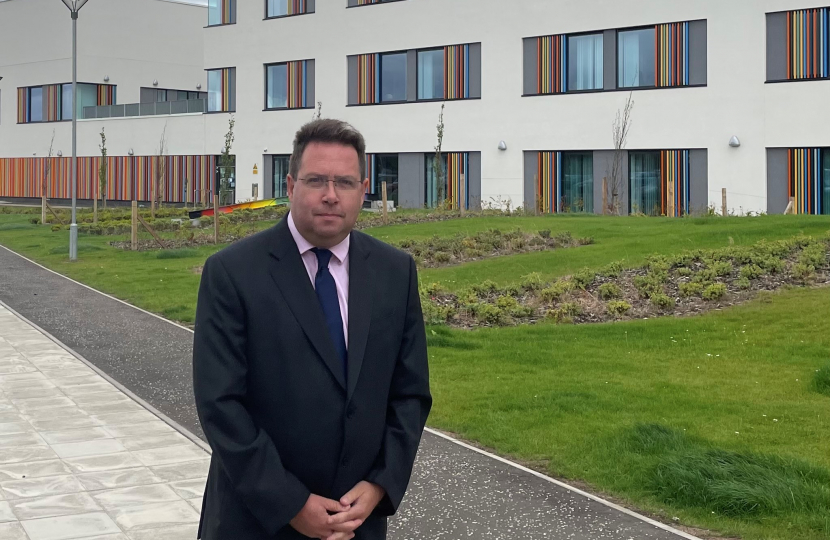 CRAIG Hoy, a Conservative MSP for South Scotland, has said cancer waiting times in the Lothians should be a “source of shame” for SNP Health Secretary Humza Yousaf.

Mr Hoy’s call comes after just 76.9% of cancer patients across Scotland began treatment within two months having been referred for an urgent suspicion of cancer.

This was the worst waiting-time figure on record and well short of the SNP’s target of 95% of patients to begin treatment within this timeframe.

In NHS Lothian, only 79.3% were seen within two months.

“The earlier a cancer patient is treated, the better their chance of survival is. But they are having to wait far too long on the SNP’s watch.

“It’s completely unacceptable how many patients are waiting over two months to begin treatment in Lothian after being referred with an urgent suspicion of cancer.

“Patients are suffering longer and longer delays due to SNP Health Secretary Humza Yousaf’s inaction. That should be a source of shame to him.

“He and his party would prefer to debate and discuss independence rather than focusing on saving lives and improving our NHS.

"Cancer patients must see an urgent plan from the Health Secretary, given so many of them waited longer than two months to start treatment in the last quarter.”