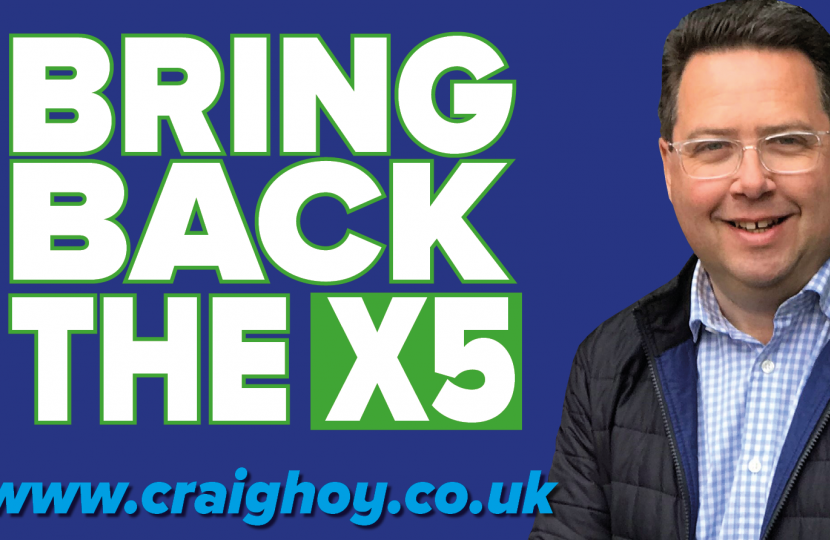 Craig has launched a petition calling on East Coast Buses to reinstate the suspended X5 bus service from North Berwick to Edinburgh.

The X5 bus ran through North Berwick, Dirleton, Gullane, Aberlady and Longniddry directly on to Edinburgh via the A1. It was suspended last year by East Coast Buses when national lockdown restrictions were first introduced.

The text of the petition reads:

We the undersigned note that many bus services were suspended or reduced as a result of the Covid pandemic.

In light of the lifting of restrictions we urge East Lothian Buses and other providers to restore these services at the earliest opportunity.

In particular, we request the urgent resumption of the X5 service to Edinburgh to address the transportation needs of residents living in North Berwick, Direlton, Gullane, Aberlady and Longniddry.

You can add your name to the petition below.