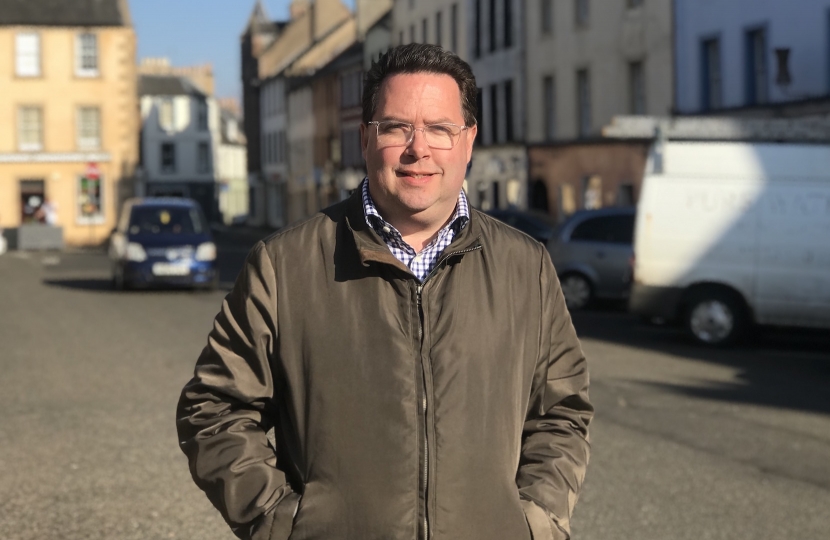 Craig Hoy is a Scottish Conservative and Unionist MSP for the South Scotland region.

He is a resident of East Lothian who also serves as a Councillor in his local area of Haddington and Lammermuir. Craig is a Shadow Minister for Health and Social Care

Over a 25 year career in media and business, Craig has worked for organisations including Dods, the BBC and Holyrood Magazine which he co-founded in 2000.

He was educated at Lasswade High School and grew up in Midlothian. After going to university in Edinburgh and graduating from City University in London, he started his career as a journalist, going on to work as a Downing Street Lobby Correspondent.

After a decade as a journalist and political editor, he went on to run businesses in the UK and overseas – including the launch of his own events and intelligence company in 2008.

Craig is not a career politician and represents something new and refreshing in our local politics. After winning a by-election against all the odds, Craig became a Councillor Haddington and Lammermuir ward on East Lothian Council.

He entered the Scottish Parliament as a Regional List MSP for South Scotland in May 2021, and sits on the Delegated Powers and Law Reform Committee and the Public Audit Committee.

He serves on the board of the South East Scotland Transport Partnership is a member of the East Lothian Education Committee and sits on the Haddington and Lammermuir and the Fa’side local area partnerships.

He is the Conservative Party’s local Climate Change Champion and a committed local campaigner. He is also a member of the Scottish Conservative Candidates Board.

Craig stood for election in East Lothian at the 2019 General Election, where he campaigned for improved infrastructure, a more sustainable approach to housing development and more jobs for the county.

Craig supports a number of charitable and community-based groups and is a Friend of Blooming Haddington and the Scottish Seabird Centre in North Berwick.

Craig also spearheaded Lorraine Kelly’s “Change of Check” campaign in East Lothian, reminding women to check for the symptoms of breast cancer. He has also backed the White Ribbon campaign to end male violence against women, once and for all.

He lives with his partner, who runs a local retail business, in Haddington and is active in local community groups and causes.