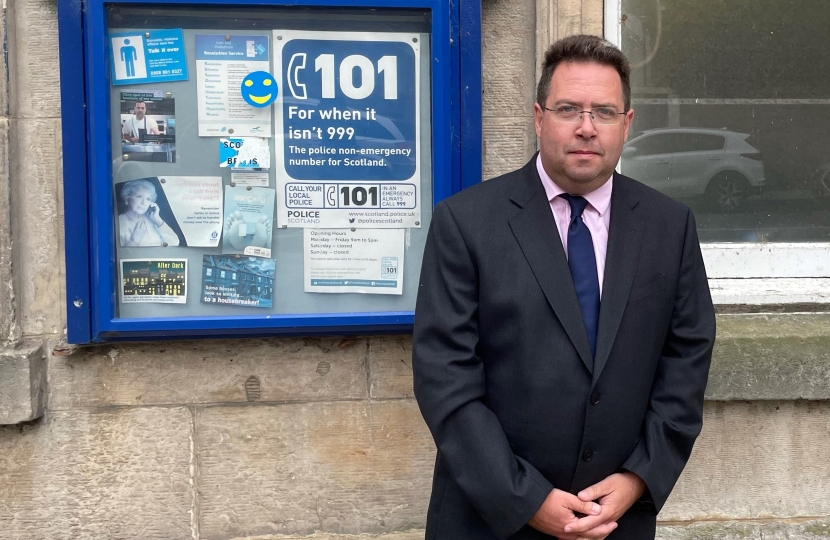 Craig Hoy, a Conservative MSP for South Scotland, has raised his concerns about thousands of hours of unpaid community work being written off in East Lothian as cases of vandalism and fire-raising have increased by over 9%.

The Scottish Government announced in January that it would use “extraordinary powers” to write-off a huge number of hours handed out in Community Payback Orders, citing backlogs in criminal trials as the reason behind this.

In East Lothian, this means that some 2977 hours of community payback orders have been cut and will not be served by criminals.

Meanwhile the latest figures show that cases of fire-raising and vandalism in East Lothian have risen by over 9% to 873 cases in the last year for which data is available. This has included recent vandalism and anti-social behaviour including incidents at the Prestonpans War Memorial and several incidents of vandalism at the Muirpark allotments in Tranent.

Responding to the news, Craig said: “Victims of crime must be at the heart of our criminal justice system. To overturn sentences and let criminals off the hook is a total slap in the face to victims of crime here in East Lothian.

“The recent cases of vandalism and anti-social behaviour at Prestonpans War Memorial and Muirpark allotment in Tranent are part of a very worrying trend that we can see emerging across East Lothian.

“Ignoring court sentences will only exacerbate this problem and allow people who have committed crimes against others to get off lightly, and in some cases without any punishment at all.

“This is not justice. This is soft touch justice which lets down East Lothian victims and their families.

“SNP Ministers need to ensure criminal sentences are taken seriously and fulfilled – and they must put victims of crime first by overturning this decision and introducing a Victims Law.”