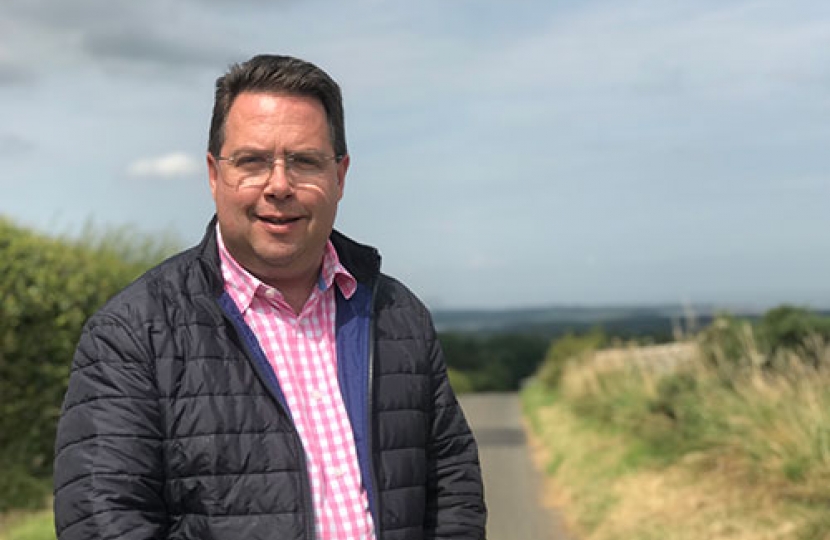 Scottish Conservative and Unionist MSP for South Scotland, Craig Hoy, has highlighted the number of local jobs still being supported by the UK Government’s furlough scheme.

With the scheme now starting to be scaled back, there was a fall across Scotland in the number of employees estimated to be furloughed at the end of May, with 173,100 jobs being protected by the UK Government, down from 269,800 in April.

Craig Hoy says it is welcome more people are returning to work as restrictions continuing to ease, while in turn critical economic support remains in place from the UK Government.

The latest statistics show that at the end of March, the UK Treasury were still protecting 3,400 in East Lothian through the furlough scheme, while a total of 17,900 have been protected since March 2020 in East Lothian

Craig Hoy says the UK Government have stepped up at every turn to support vital jobs and livelihoods in East Lothian throughout the crisis. By contrast, SNP Ministers have failed to engage with businesses and been slow to get funding out the door to them.

Scottish Conservative and Unionist MSP Craig Hoy MSP said: “Ever since the Covid crisis began, the UK Government’s furlough scheme has stepped up to protect vital jobs and livelihoods in East Lothian.

“As we look to accelerate our economic recovery, it is welcome to see more people returning to work in East Lothian.

“The furlough scheme, alongside support for the self-employed and billions in business loans has shown the strength of pooling our economic resources together across the United Kingdom in a time of crisis. That is proven by the furlough scheme still protecting 3,400 in East Lothian.

“Sadly in contrast, SNP Ministers have failed to engage with businesses at every turn and been too slow to get vital funding out the door to them. It is critical we all focus on accelerating our economic recovery and rebuilding our communities in East Lothian, rather than the nationalists continuing to push for another referendum.”