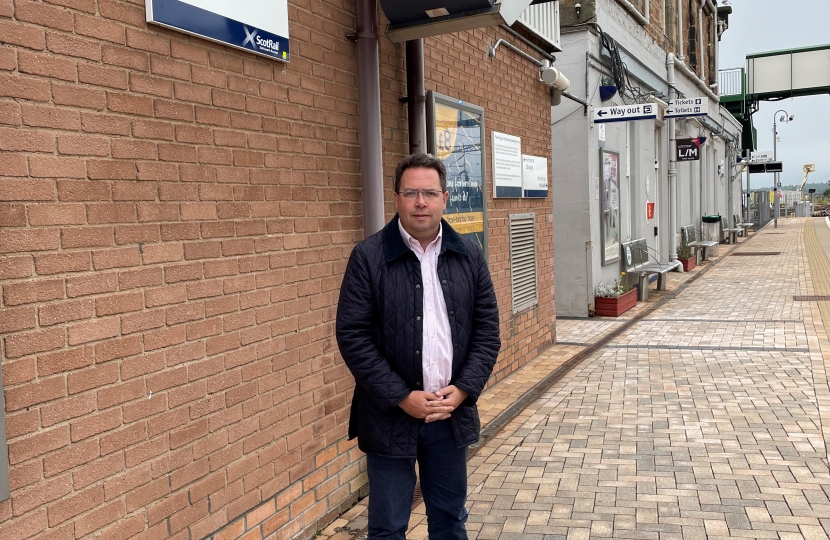 LNER are planning timetable changes from 2022 to their services including those that run to and from Dunbar in East Lothian.

The proposed LNER timetable, which is now open to local community consultation, was designed to increase high-speed connectivity between Edinburgh, Newscastle, York and London.

But, locally, the outcome would be negative, impacting on local and regional commuters who use LNER and Cross County services to and from Dunbar.

The popular LNER services from Dunbar to Edinburgh at 9.55 am and the southbound service from Edinburgh to Dunbar at 5.54pm would be scrapped under the proposed new timetable, which is planned to come into effect next May.

If these changes go ahead, Dunbar will lose 11 of its 32 services. And the new station at Reston, which is due to open in December this year at a cost of £20 million, will have only four services per day. There will also be cuts to services to and from Berwick-Upon-Tweed.

To help combat these changes, which would have a negative impact on local rail users, I have already had a one-on-one meeting with Scotland Office Minister Iain Stewart to discuss LNER’s new timetable plans.

I also met with LNER and TransPennine Express, along with parliamentary colleagues from north and south of the Border. There has also been positive engagement through an East Lothian cross-party group which met with representatives of RAGES, who have worked hard to deliver the new station at Reston and the proposed East Linton station.

High-speed services on the East Coast Mainline are very welcome, but until the line is upgraded, I believe these should only go ahead if there is sufficient capacity for local rail services too, or where capacity can be created.

As a South of Scotland MSP, I plan to continue to engage positively with parliamentary colleagues, rail providers, ministers, and various transport bodies on your behalf.

I would encourage that you to make your voice heard.

You can do that by responding to the official ongoing consultations by visiting and submitting responses by the deadline of August 5, 2021.